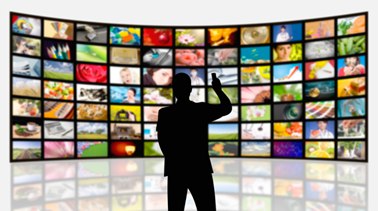 This result comes from a context of strong differentiations on country basis, reflecting also the persistent gap across the various economies. However, given a downturn in demand for the traditional entertainment services, a common trend in all the WE countries is the broadcasters’ move to the online sector, increasing content supply to serve a growing demand for non-linear services on many ways and different devices.

Pay-TV market continues to grow. While the last few years have witnessed a shift in the viewing preferences towards accessing content on-demand and on multiscreen mode, as a result, pay-TV still represents the largest part of TV income. In 2018 reached € 48.3 billion of revenues, +4.3% compared to the € 46.3 billion revenue in 2017. TV advertising reached € 30.6 billion, nearly stable compared to the 2017, with a slight increase of 0.4%. Again, even if the mainstream TV adv is still losing shares, online adv showed higher growth that compensate the losses of the former sector.

Consolidation and internationalization could be the key to European broadcaster success in the face of competition from global OTT players. A consolidation among regional broadcasters has been a key theme with the goal of making for an effective competition against global giants that are going to dominate not only online video streaming but also European pay-TV,

Another of the big challenges is the cooperation between broadcasters and global VOD players. On one hand companies like Netflix and Amazon are now much more eager to be involved in distributing shows after they have been broadcast and paying more upfront costs in order to be part of the project. On the other hand, broadcasters who are fine to partner with these new platforms are hesitant to give up control.

Most operators in Europe are feeling a little bit nervous about the capital spending and uncertain about the business models, especially in the telco industry. Video is expected to be the “killer app” or at least the “first killer app”. Today 60% of mobile consumption is video and it will grow fivefold in the next four or five years. That is what is driving mobile broadband and fiber deployment. At the same time, people are watching more television and are radically changing viewing habits.

In this vision, 5G convergence with media and entertainment is strongly expected. More specifically, fueled by last year’s burst of M&A activity and the ongoing rise of mobile video, the sector is central to early industry business and use cases flowing from the first phase of the 5G standards.

For further informations read the Table of contents 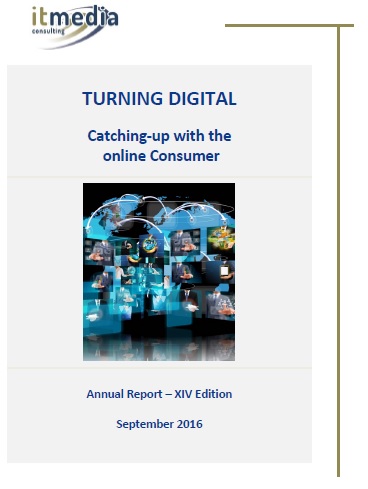 This and a lot more in the 14th Annual Report by ITMedia Consulting.    In 90 pages with data, tables and charts, the TV market value in Western Europe is analysed as a whole and also divided by revenue sources, audience share, advertising media mix, platforms distribution and multichannel sector. Part two presents thematic focuses on the main and fastest-growing trends.

See the Table of contents 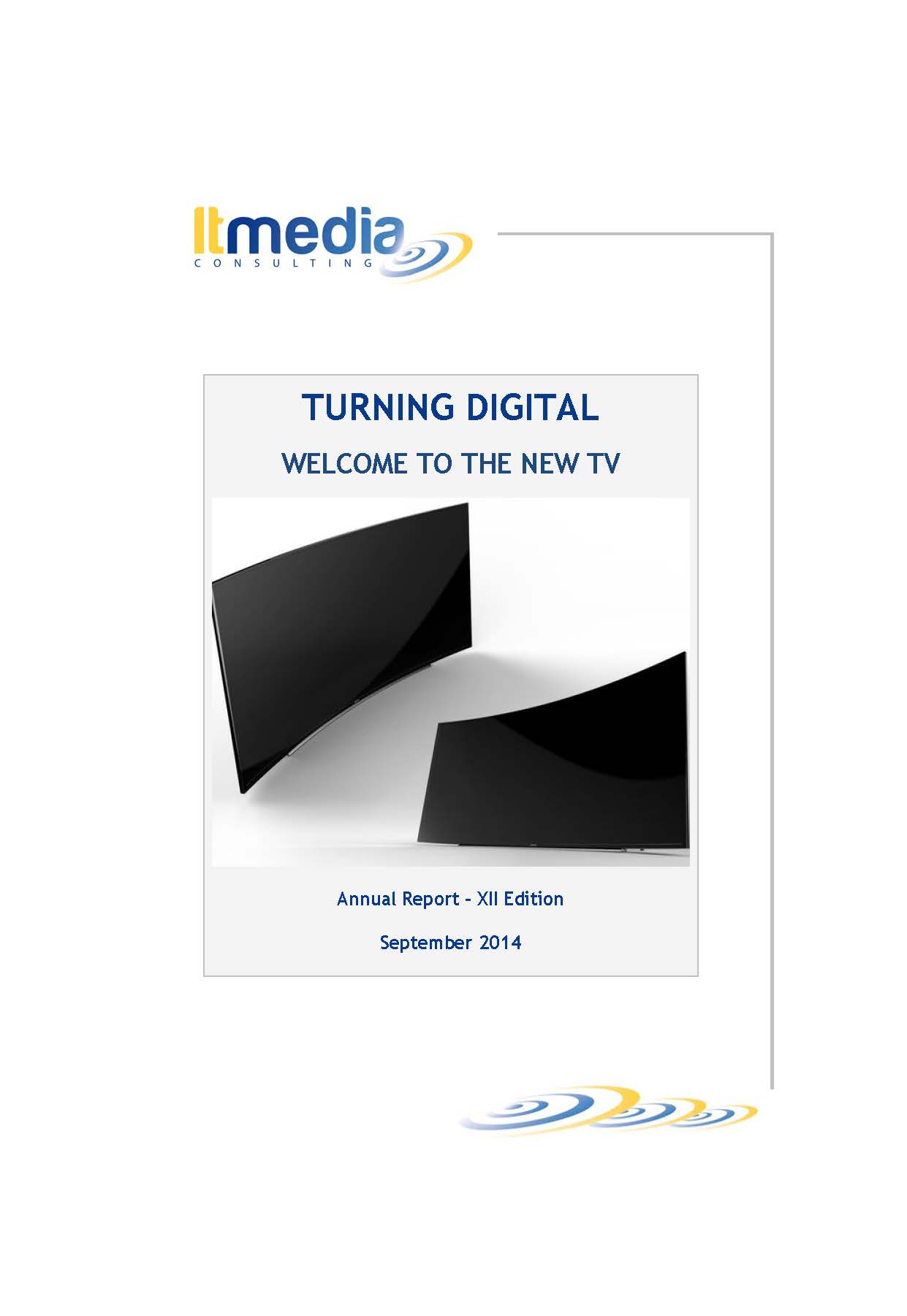 Turning Digital - PayTV at a Crossroads

The definitive report on the TV market in Europe. 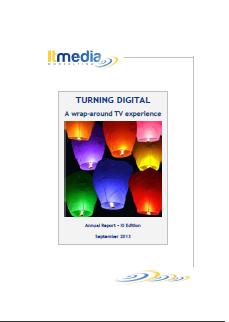