The IX edition of the ITMedia Consulting Annual Report 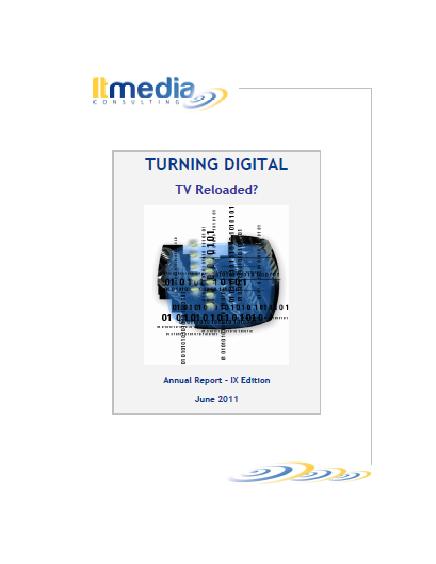 The TV industry benefited from general economic recovery and reported encouraging results. After the disappointing -3.1% in 2009, last year the TV market reached € 91.7 billion and increased its revenues by 5.6%.

Advertising offset the 2009 bad performance growing by 3.4%. However this is still less than the pre-crisis level. Pay TV once again proves to be the driver for the growth of the industry, growing by 9.6%.

In 2010, 87% of TV households in Western Europe watched digital TV, with an annual increase of 29%. Households equipped with a digital receiver were close to 170 million.

High-definition television (HDTV) has, over the last five years, firmly established itself as a key component of the TV offer, especially in pay-television bouquets. The number of HD channels has been growing rapidly, and niche channels are also becoming central to HD offerings.

The dramatic increase in market share of primarily US 3D blockbusters over the past two years seems to have contributed to a growing interest in 3D by European service providers and broadcasters.

2010 was indeed the year of Over-the-Top TV services. Pay-TV operators are aggressively expanding their on-demand portfolios, and incorporating their own OTT strategies with online content delivery, catch-up TV services, and support for portable devices.